Sam Sunderland took full advantage of his rivals slipping up to comfortably grab his second stage so far.

The British rider, who won by more than seven minutes, was the only man to skillfully follow the route correctly from start to finish and now happily sits top of the leaderboard.

An incredible day on the bike started with leader Joan Barreda receiving a one hour penalty for a refueling offence. He then went astray from the correct path, taking a number of riders with him, to lose yet more time.

With most of the leaderboard lost, KTM Factory Team rider Matthias Walkner was set to strike a massive blow having perfectly negotiated the start but then he also took a wrong turn after 168km to end his hopes.

Sunderland said: “I started off this morning feeling fast and I tried to really focus on the navigation. Yesterday I was down because I made a mistake and now I’m back up again. There’s a long way to go so I’ll be keeping calm and focused on the challenges ahead.”

Walkner added: “Things were going really good for me until 170km but then we left the main piste and the roadbook was not clear on where to go. This was where I got lost and when I picked the right way again I had been caught up so that cost me the time I had made earlier in the day.” 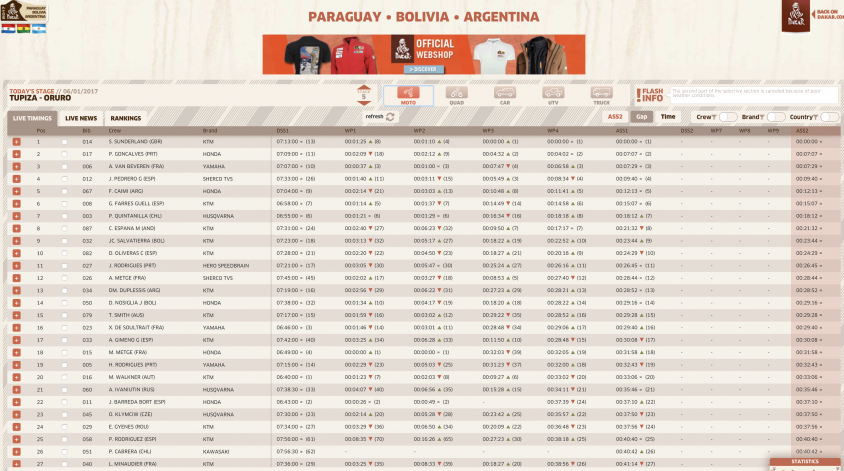 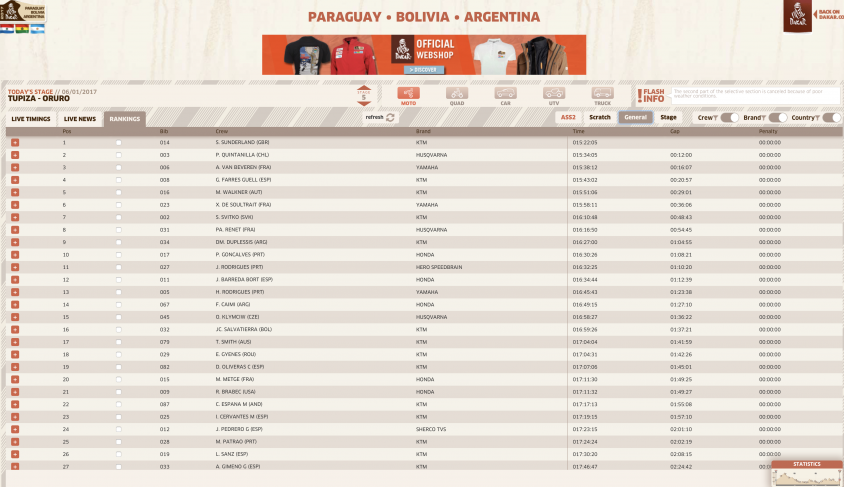